Note / Who are the CryptoPunks?

Matt Hall and John Watkinson of Larva Labs were app developers looking for a project to do between freelance gigs when they started tinkering with an idea for digital collectibles.

But the problem with "digtial collectibles" is that nothing digital is rare. And yet rarity is what makes collecting a legit hobby rather than a mere neurosis, and as we all know, there's no way to make an image rare.

Well, they'd heard of the Rare Pepe's that were issued on the Bitcoin blockchain. They went with Ethereum, and fudged the ERC-20 contract to refer to unique items instead of fungible currencies, now the ERC-721. They debated attaching the actual file or embedding a cryptographic hash that refers to the original image, and ultimately they decided not to attach the image file itself.

They settled somewhat arbitrarily on 10,000, thinking that — for the number of people likely to be interested in this kind of thing — everyone might want three or four to trade around.

The images were generated in layers. When the algorithm ran, it would randomly select a background, a punk (character), and anywhere from zero to seven attributes. Rarity was designed into the algorithm, so certain attributes or characters appear less frequently than others, thus making them more desirable to certain collectors. Even the number of attributes can signal rarity: there's only one punk with seven attributes and five with zero.

Hall and Watkinson weren't sure how to promote their project, but once a Mashable reporter got word out months later, they minted out the remaining 9,000-ish CryptoPunks within 24 hours, all just for gas fees. The fun of trading started right away, with sales of a dollar or $10 here or there until the prices mounted and mounted.

All the technological decisions are today standard, and their creative decisions invented the genre of profile pic (pfp) NFTs, which represents something like 70% of all economic activity around NFTs to date. 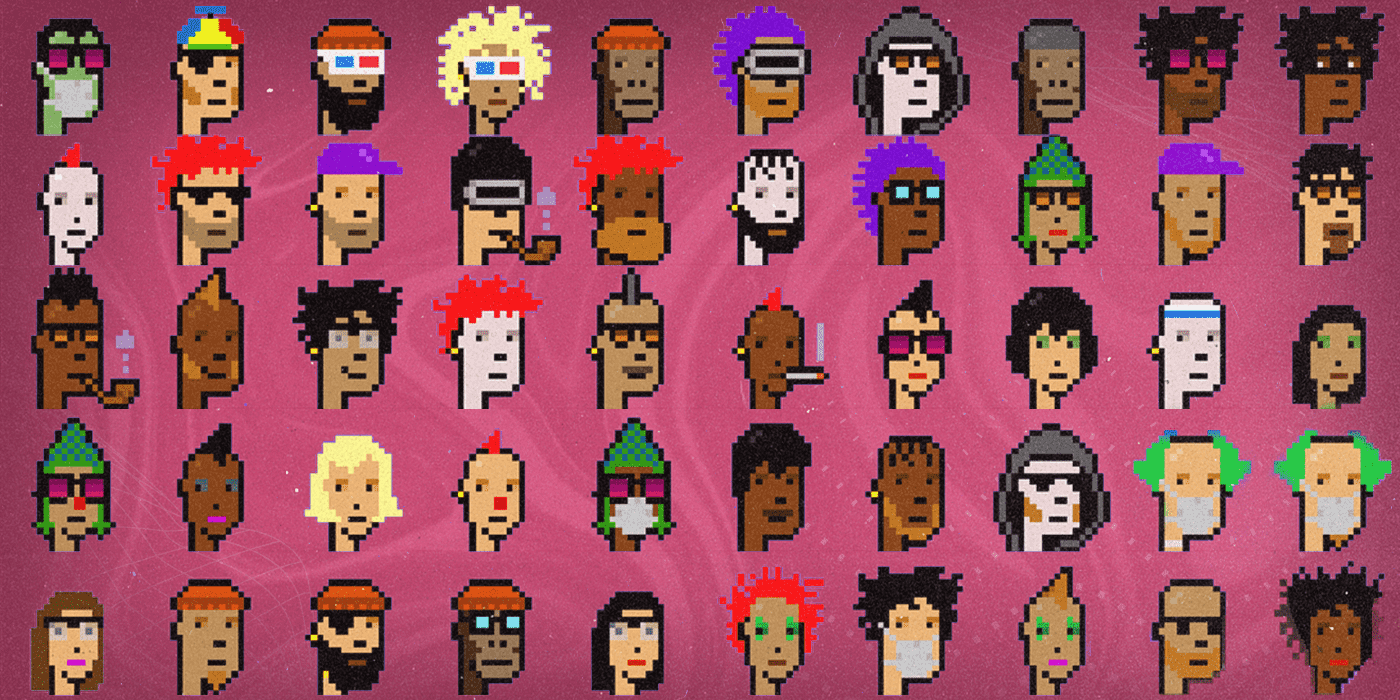