Per Neil Strauss, or as he's called in the Discord Apeman Strauss, licensing agreements are capped off with a pro forma character profile. If you read yesterday's post about my plans for BAYC 3220, then you may be prepared for what you're about to read. If not, it's fine, really. 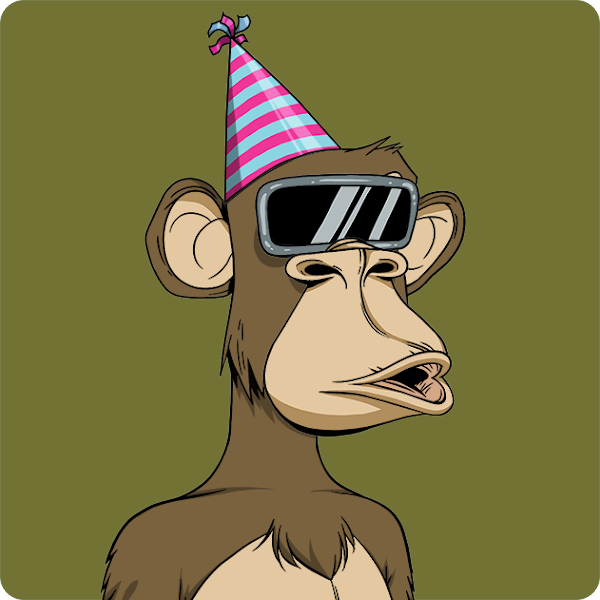 Tell us about how your Ape or Mutant ended up at the Yacht Club and the role it plays in their life.

Snarf Sauerwein comes from a long line of very old money, but each generation — ever dumber and more useless than the last — dwindled the family fortune down to nubbins. When Snarf finally came of age as the youngest of seven self-entitled pricks, nothing was left. He stole his elderly mother's private key and used his ill-gotten fortune to buy his way into the Yacht Club, where most apes can tell right away that Snarf ain't truly bored.

Snarf has no real-life skills and he's not smart enough for yield farming. He thinks of himself as a preeminent con artist, but his most impressive cons have been fleecing mutants. He's got his eye on encroaching on the Ape Father, but he's biding his time.

Tell us about your Ape or Mutant’s involvement at the Yacht Club. Are they a member, a worker, an aspiring member, etc.

Snarf has a lower-tier membership, but he leases a nice yacht and rents a rotating cast of compensatory phallic sports cars. He's what the kids these days call "extra." He tries too hard, and his constant interruptive selfies on the pier or at the bar have the made apes alert to a leech. Snarf has the energy and determination to work a room to the bone, but his obvious self-regard is off-putting enough to sour any con job before it gets going. In other words, Snarf could stand a chance at being a pretty good con artist if only he was self-aware enough to know that no one likes him.

Tell us a brief story that defines your character’s involvement at the Yacht Club or their favorite part of life there.

Snarf's birthdays since joining the Yacht Club have become the stuff of legend, but not in a good way. Snarf's birthdays are extravagant and self-indulgent and poorly attended. Typically, one might find a playlist in which every fourth song was written, performed, and produced by Snarf himself, all of them bad. The walls and ornamentation usually involve a visual assault of themed portraits of Snarf featuring rare traits that he had Photoshopped in. Typically, some smart ape will show up and get a few clips to post and ridicule, but Snarf is the kind of guy who just appreciates the likes and follows.

If Jenkins were to describe your Ape or Mutant with one word, what would he say?